Networking—can you think of a more widely used buzzword in the business (and specifically in the startup) world? We would be hard pressed to find something that people talk about more, and that people rarely understand. We tend to think that networking is a largely misunderstood activity and word that when used correctly can become a really influential factor in the success of your startup and your personal life. Many of you startup sharks are looking for local search marketing, or other ways to get your brand out there, and to get people to start looking to you as the resident expert in your field and industry of choice. Well there are many ways to do that—obviously search marketing is one (and we are anxious to help with that element), but there’s one that is often misused, and underutilized: networking.

What does it even mean? Many people have come up with really cool definitions of what it means to network, and lots of people have written books, and magazine articles, and scholarly journal publications about the skill and value of networking. We’re not going to get that deep. But we want you to understand what we’ve started to understand about networking. It’s about people. If we had to define networking it would be pretty simple…networking is the art and skill of developing meaningful, real, and lasting relationships. We don’t think many people think about networking in this way, and we’re out to change that!

Biology 101 flashback of the day: in life, and in science, there are different types of relationships. In biology we learn that two of those types of relationships are called mutualism and parasitism. Pretty easy to guess what each one means but we’ll explain anyway. Parasitism—think parasites. One feeds off of the other, and one benefits while the other has vital resources sucked away from its life. Sounds pretty gross. Mutualism—think win-win. Mutualism means that both individuals benefit from this relationship, and there is no taking of resources without the giving of something in return.

Networking can often be a parasitic thing. We are of the strong opinion that when networking undergoes a mindset change from something parasitic to something mutualistic, you’re going to see yourself like it more, do it better, and get much more from it. In part 2, we’re going to discuss some of the ways to make networking mutualistic. So get out there and network…in the right way! 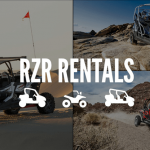